We all have wings. But only a few know how to fly. 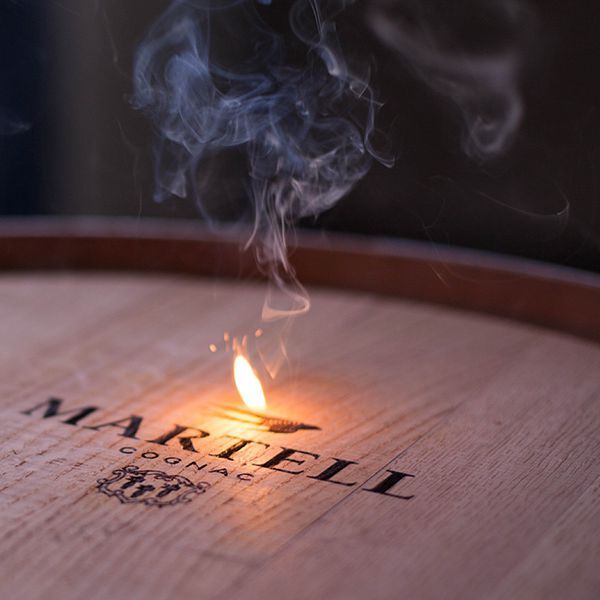 Drawing inspiration from Martell’s “swift” emblem, the Rise Above Awards have since 2003 been paying tribute to the unique heritage of the brand and the potential that is inherent to achievement in the human spirit.

The swift becomes a symbol of one's potential to achieve great things – just like Jean Martell did nearly 300 years ago.

Legend says that it was a swift that led Jean Martell to the city of Cognac in 1715. At only 21 years of age, he was responsible for founding what is now the oldest of the “big four” Cognac houses.

Inspired by Martell’s consistent belief in one’s ability to achieve great things, the Rise Above Awards in Malaysia recognises true potential in the forms of Gastronomy, Tasting and Craft.

While we all have the capacity to go higher in life, few of us have the vision and courage to really take flight. Martell celebrates those who achieve the remarkable, pursue the impossible and inspire the world around them.

As Salvador Dali once put it, "Intelligence without ambition is a bird without wings."

Working with leaders and luminaries in the F&B industry, prominent journalists and outspoken philanthropists, the Rise Above Awards identify rising stars whom have demonstrated great potential, talent and is a recognised name in their chosen field.

These individuals are then given the opportunity to broaden their horizons through a curated experience in the home of Martell. They will also be a part of various Martell events and be given the chance to excel in their chosen fields through money-cant-buy experiences.

The Rise Above Foundation perpetuates its purpose by selling its most prized Martell products to a community of collectors. These items are donated by Pernod Ricard Malaysia as proceeds go towards the fulfilment of the foundation’s goals and purpose. 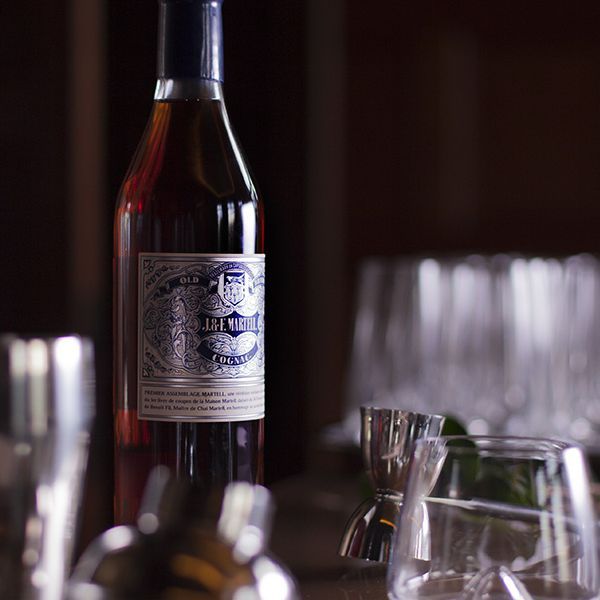 Recipients of the Rise Above Awards 2016

Xer-Li Woo for Gastronomy
An accomplished chef and the owner of The Red Herring restaurant, Xer-Li Woo is also a consultant at The Daily Grind Café.

Sean Loh for Crafstmanship
A fashion designer and co-founder of the exciting Ophelle and Sean and Sheila brand, Sean Loh is also the finalist of Harper’s Bazaar’s Asia New Generation Fashion Design Awards.

Kelvin Lee for Tasting
A bar manager and mixologist at the HEXA Lounge, Kelvin is the Asia Pacific Runner Up in a world-renowned cocktail competition in 2015. 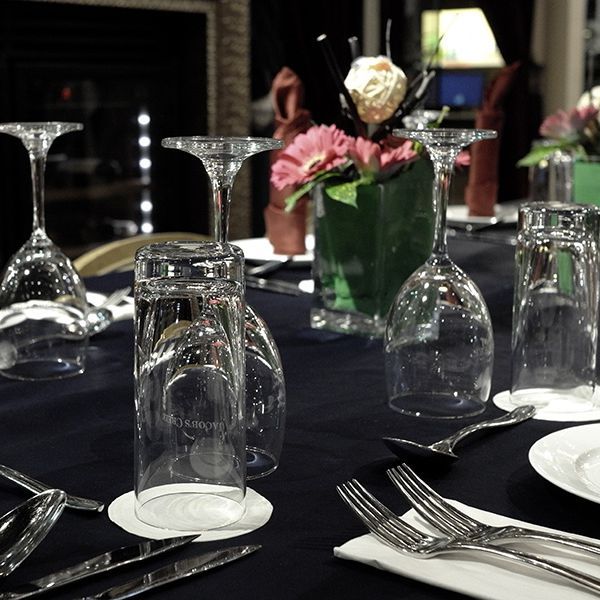 As the recipients make their way to the Home of Martell and to the centres of excellence in France, they will be given the opportunity to explore these amazing destinations that will be a part of their learning and discovery.

Guy Savoy
Named after its Head Chef, Guy Savoy defines cooking as the ‘art of transforming ingredients laden with history into joy.' Honoured with three Michelin stars, Guy Savoy performs with a philosophy that mirrors that of Martell.

La Coupole
La Couple has earned its honours as being one of the oldest and best known brasseries in Paris by being the epitome of gastronomy and art-deco. A quintessential symbol of Montparnasse's history, La Coupole was a key component of the French Art De Vivre particularly in the 14th arrondissement.

Le Bustronome
A literal gastronomic journey of Paris, Le Bustronome is a French gourmet restaurant on wheels where guests can fine-dine whilst taking in the wondrous sights of Paris.

THE ART OF GASTRONOMY

Pierre Hermé Ateliers
Crowned as the ‘Picasso of pastry,’ Pierre Hermé does magic by creating original tastes, sensations and pleasures that has connoisseurs from all over the world flocking to his boutiques for a taste.

Poilâne
Known as the maker of world’s best bread, Poilâne’s handcrafted, old-style, authentic French breads are amongst the most sought after by enthusiasts all over the world.

Marché international de Rungis
With its origins taking it back to the 10th century, the Rungis market is the world’s largest wholesale food market. Spanning over 573 acres, it is the center of French gastronomy and food.

Château de Chanteloup
And of course, a true gastronomic journey would not have been complete without stopping by Château de Chanteloup. In the House of Martell, the winner will collaborate with its resident chefs to learn the art of pairing food that highlights the characteristics of cognac.

THE CRAFT OF GASTRONOMY

Prince de Galle Restaurant
The Prince de Galle is an art-deco hotel with a heritage dating back to 1928. With an interior adorned with handpicked sculptures, paintings, furniture and décor, it is a place where craftsmanship comes to life.

Le Bouillon Chartier
Le Bouillon Chartier was born from a simple concept – to give customers a truly enjoyable gastronomic experience of value. A brasserie of over 100 years old, it embodies the spirit that every craftsman can relate to.

La Conserverie
A gem amongst the locals, La Conserverie breathes a cozy, speakeasy atmosphere with dark plush décor, high ceilings and dimmed lightings that would put most customers at ease for a casual banter with its experienced bartenders.

EXPLORE THE ARTISTRY OF CRAFTSMANSHIP

Tête–à–tête with Vincent Schoepfer
‘To be the patron of your own style’ is the mantra behind Vincent Schoepfer’s men’s apparel label PATRONS. The winner will have the privilege of sharing conversations with the famed designer on his dynamism and fusion of casual chic with retro.

104 Centre
A public cultural centre, 104 Centre offers spaces to artists and audiences who appreciate art in any of its diverse forms – theatre, dance, music, urban art, digital art and many more.

The Art of Restoration – Versailles
A true believer of art and craftsmanship, the House of Martell is a generous sponsor of art restoration programs. The winner will partake in this exclusive opportunity of discovering the process of restoring art and the measures to preserve it.

A SENSORIAL JOURNEY OF MIXOLOGY

Le Kube
More than just a regular bar, Le Kube transports its guests into an ice-themed world where cocktails are served in ice glasses and the atmosphere at a chilled -18 degrees Celsius. Le Kube brings to life the true sensorial journey of mixology coupled with great atmosphere.

Le Syndicat
On the front, Le Syndicat looks nothing more than a graffiti-covered abandoned shop but step inside and behind the curtains you’ll be transported to a speakeasy bar. With a specialisation in spirits and cocktails, Le Syndicat is a “made in France” bar that embraces the French Art de Vivre.

Le Mary Celeste
Named after the legendary ghost ship, Le Mary Celeste couldn’t be any more different from its namesake. With its light-hearted interior and wacky menus, Le Mary Celeste has been acknowledged of having re-invented the Paris bar scene.

A Drink With Thierry Hernandez
Thierry Hernandez is the Head Barman at the famed Plaza Athénée and creator of Martell Tricentenaire cocktails. The winner will have the opportunity of meeting the master mixologist to learn more of the craft. 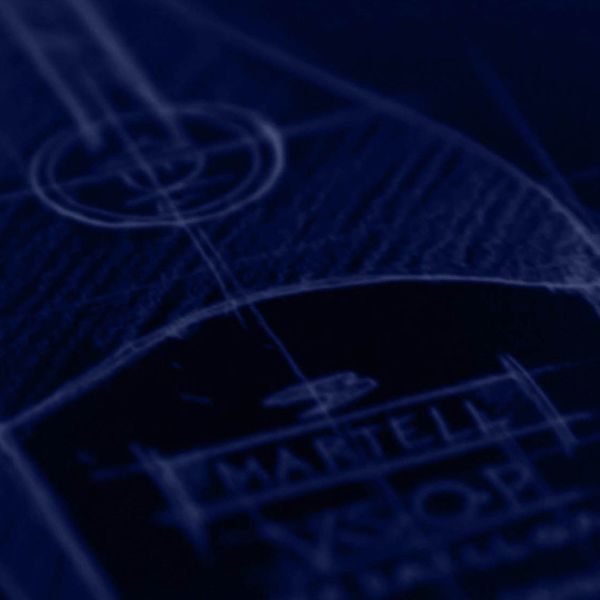 We’d like to thank our other nominees who were shortlisted for the Rise Above Awards. Your pursuit of excellence is admirable and we look forward to seeing your rise to great success in the future.